My American grandmother, Olga, met my Swedish grandfather, Folke Jonsson, in Brussels in 1909.  Olga was 18 and Folke, 23. They settled in Gothenburg and Särö, Sweden. Olga, being American, had her family in Florida, and Folke soon came to realize that if you marry a woman from another continent, and this woman is charmingly independent, innovative and brave, and has her own means to boot, she is bound to want to visit her native country some time -- or several times -- or more than several times.
To Folke, a sensitive soul, the long separations were quite painful and he suffered till his darling Olga returned.  He “talked” to her in his frequent letters.
Olga saved all his letters, in their original envelopes, in neat little bundles held together with different coloured ribbons. They were a treasured lifelong testament of his love.
Olga and Folke corresponded in English as Olga was American and preferred writing in English. Had my grandfather Folke married a Swedish woman who had stayed at home, there would not be this stack of his letters today. He never intended the letters to be shown to others, but more than one hundred years have passed since Folke wrote them to his darling Olga. I have enjoyed getting to know my grandfather in this manner and I think others, not only relatives, should also share that privilege.

As I finished the book with Folke's letters, I realized that people might like to see what Olga and FOLKE looked like and how they lived, so I started a PICTURE BOOK (below).  It covers the time from when Folke and Olga met in 1909 until Olga died in 1978. It is 63 pages of 150 photos and comments with historical background.

Olga and Folke raised their nine children in their large villa "Lysholmen" at the fashionable Särö, on the coast outside Gothenburg, Sweden. The Swedish king Gustav V often visited. Olga and Folke were both artistically inclined, had similar backgrounds, loving and generous parents, and were themselves lovingly open-hearted. They were both keenly interested in other people and they both preferred to emphasize the positive in people or a situation and never sought out the negative. They made a loving home for their children and their friends...

Email ThisBlogThis!Share to TwitterShare to FacebookShare to Pinterest
Home 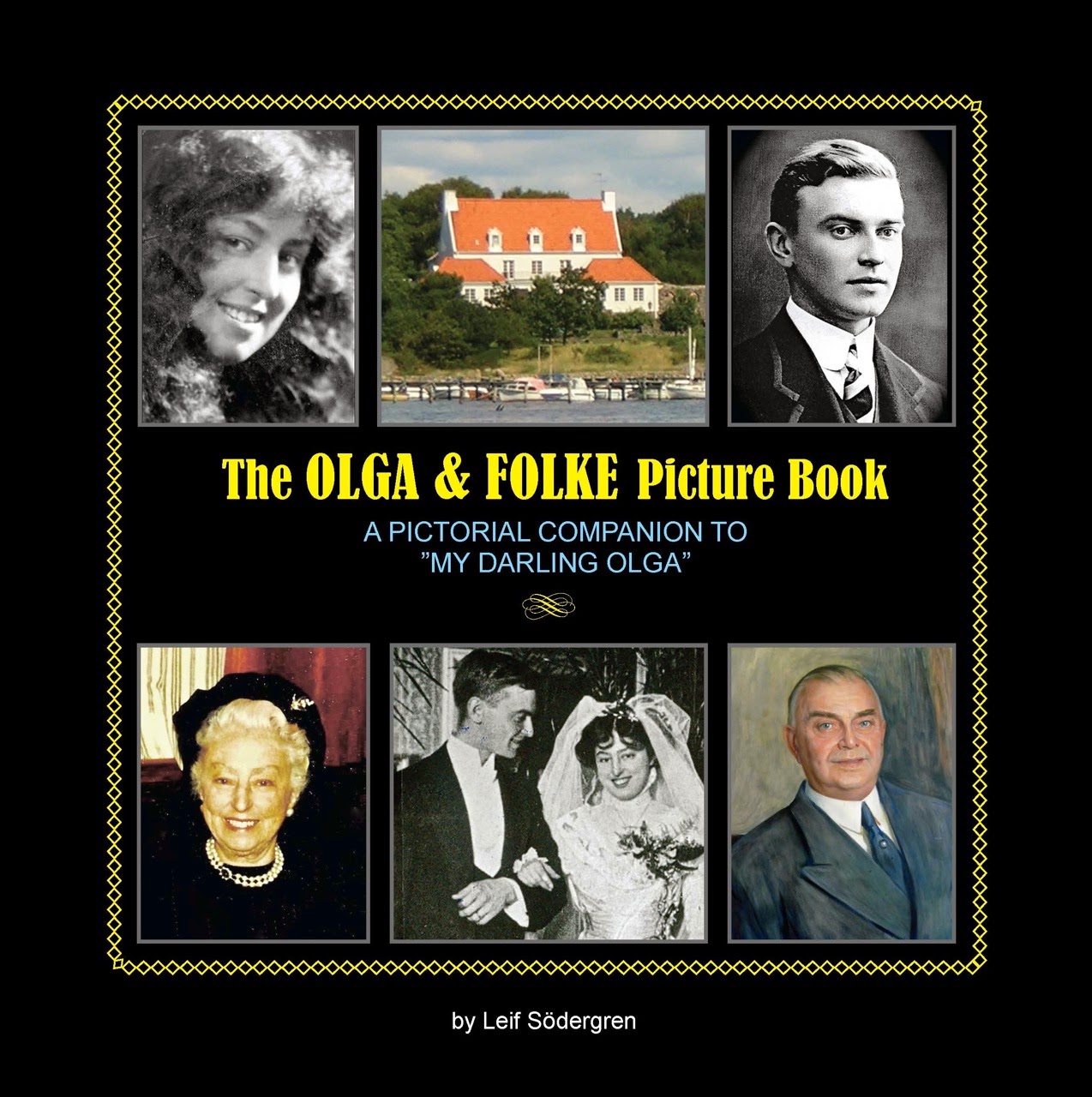